This was probably a first, causing beer to run out has been achieved on several occasions, but I can’t recall our group eating all the food! Below is a part of our group enjoying a beer after lunch! 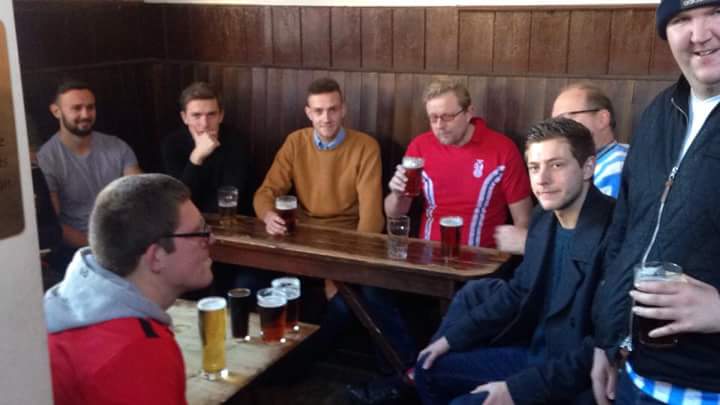 On our previous vist to the Olde Trout, at Southend, our group had been split up with a number finding seating upstairs.  Simon worked his magic to get us to arrive slightly earlier this season and we were able to all be seated in the downstairs bar area. Simon (left) and Colin pictured below. 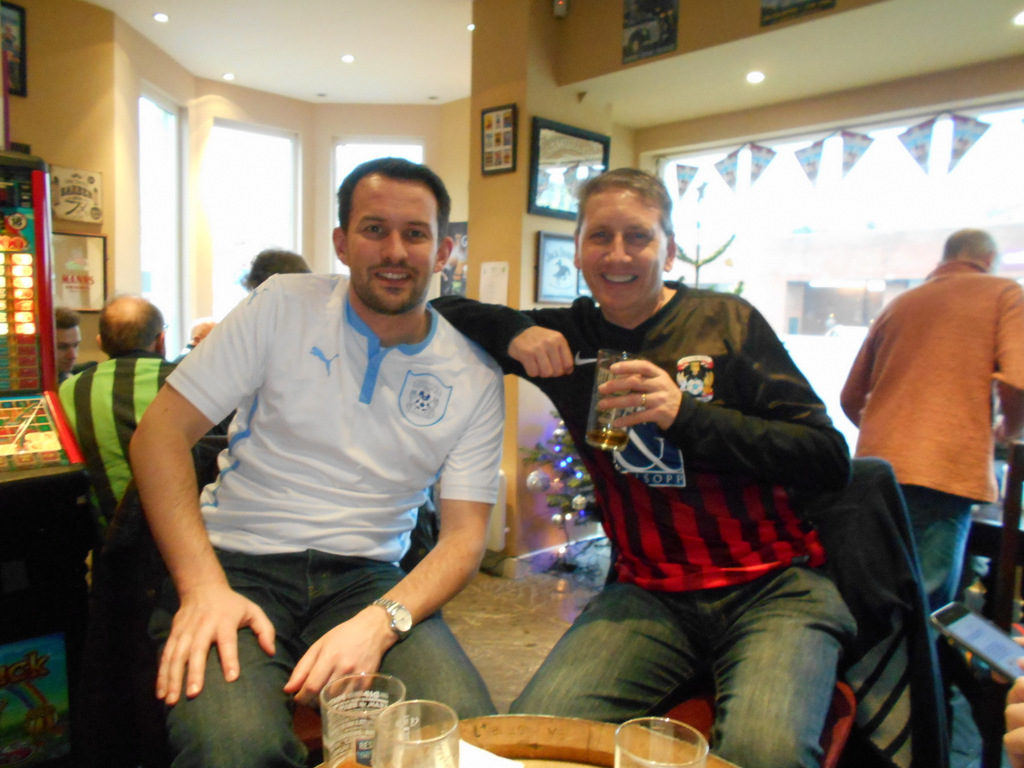 With no trains on Boxing Day, the numbers travelling were reduced and we found a pub away from the motorway to ground area. Bristol based member Phil Smith had arranged with the landlord at the Victoria at Westbury-on-Trym, to expect our group for pre match drinks. Upon arrival we found a notice on the door saying the pub wasn’t opening until 6pm. We hasterly decamped to the Mouse, just around the corner, where we were very well looked after. The Victoria’s loss was the Mouse’s gain, as around 25 members joined us. See group pictures below.